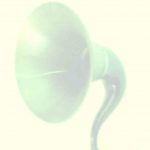 This article describes the demo wave files supplied with DCart and DC Forensics 10.5 and how to use them

This file is a raw transfer of a Edison Lateral Cut Disc (thin-cut) test pressing recorded circa the late 1920s. It is just a snippet of a song called My Sin and can be found in its entire form and completely cleaned up on the Diamond Cut CD entitled The California Ramblers – – – Edison Laterals 2. This demo .wav file contains a large number of clicks and ticks (and some hiss too) and thus is primarily designed to be used to demonstrate the operation of the various impulse filters in your software. In particular, you will find a preset titled â€œdemo1.wave de-clicker within the EZ Impulse filter. This preset will de-click that file, but you can also use this demo file to experiment with the various parameters within that filter. It can also be used in conjunction with the EZ Clean and the Expert Impulse filters for experimentation purposes.

This file is a recording made on the East Coast of the USA of a German Broadcast as received on a short wave radio receiver at around noon time, EST. It contains a lot of hiss and the audio level varies a bit throughout. This .wav file is useful to show the multiple filtering/effect capability of the Diamond Cut Multifilter. To hear what it can do, just bring up the Multifilter and then bring up the preset called “Short Wave Radio Anti-fade and Cleanup”. You will see a lineup consisting of 5 filters and effects connected in cascade. Use the Preview button in the Multifilter to hear the result and use the bypass button to hear the unfiltered sound. Experimenting with the various filters and parameter settings contained within this preset in conjunction with this .wav file should prove instructive.

This .wav file is taken from an electrically recorded 78 RPM record which has a crack running from the outside rim all the way through to the center hole. It is a snippet of The Blue Danube and was recorded in the early 1950s. This demo file is intended to instruct you in the operation of the Big Click filter. Note that ratio settings of around 1.4 to 1.5 are effective and that the thumps produced once per revolution of the record can be squelched by turning on the De-Thump feature.

This file is taken from a field recording of a jam session and contains wind noise mixed with musical content. Use this file to help you learn how to use the Wind Noise Filter.

This .wav file has a hiss burst roughly 8 seconds into it. The hiss burst was likely caused by the momentary loss of the RF carrier during an FM broadcast. This hiss burst is used to demonstrate the various functions associated with the Direct Spectral Editing feature as well as the Bi-Modal Interpolation feature. You can highlight the hiss burst and experiment with the various features found in those filters.

This .wav file is a simulation of a loud bar room situation in which a male person is discussing a situation on the phone with loud rock music playing on the jukebox in the background. One side of this phone conversation is picked up by another nearby party in the bar via a wire that he or she is wearing. The recording is binaural in nature with one microphone located close to the jukebox and the second microphone hidden on a person and located in proximity to the person who is on the telephone. It is intended to demonstrate the usefulness of the DSS (Dynamic Spectral Subtraction) Forensics filter in terms of rejecting loud background music (or other types of coherent noises) from a surveillance recording. To hear this demo in action, bring up this file and then the DSS filter found in the Forensics menu. Then, bring up the DSS preset titled dssdemo. To compare the results, switch the filter between normal Preview operation and Bypass mode. You may want to increase the Output control on the right side of the DSS to hear the conversation more clearly.

Note: The dssdemo.wav is only available in the DC Forensics version of the software.

This file uses a Broadcast Wave (BW) format for testing that software feature and can also be used to experiment with the spectrogram.

This file is a snippet of an air-check recording of the famous inaugural speech made by F.D.R. in 1933 in which he stated that “We have nothing to fear but fear itself”. This recording was captured in real time via an AM radio on a Victor Pre-Grooved Record recorder at that time. It was recorded from a radio transmission out of the New York metropolitan area and was received in Newark NJ via a combo Victor AM radio / disc record recorder machine. This file includes a combination of random and coherent noise signals (hiss and heterodyning) which are damaging to its intelligibility. Much of the noise that you hear is native to the original air-check recording. Other noises have been added in to demonstrate the de-noising capability of 8 filters/effects cascaded in the Multifilter. To evaluate this functionality after bringing up this file, go to the Multifilter and click on the preset titled Forensic Demo Clean-up Filter, and then Preview it. You will note that the voice is barely intelligible until you enable the preset. You can easily switch back and forth between the raw file and the enhanced version by using the Bypass checkbox in the Multifilter.

Note: This demo .wav file is only available in the DC Forensics version of the software.

This file is useful when experimenting with the Histogram vs. Time and the Comparative Histogram features. Suspicious edit points can be seen with this file.

This file shows the power of the Whisper Enhancer feature found in the Forensics version of this software.

Six sample .wav files are provided with the software to help you learn more about the voiceprint patterns of a female’s, male’s and child’s voice as recorded through high and low quality signal paths. These files consist of three persons saying the same cue word sentence. The low quality versions were recorded simultaneously with the high quality versions for ease of comparison using the Diamond Cut Spectrogram and Voice ID feature. Here are the files that are included:

Note 1: These demo .wav files are only available in the DC Forensics Audio Laboratory version of the software.
Note 2: The persons whose voices you hear on these demos were born, raised and live in Northern NJ, USA, in case you are trying to identify their accents.
Note 3: The Female Child’s voice is that of a 12 year old.

This file has analog edits made on a micro cassette machine which can be detected using the Subsonic Explorer feature.

Use this file to experiment with the Forensics Comparative Histogram and/or the Histogram (vs. time) feature. You will discover the edit point.

This file will help you to experiment with the View Phase vs Time Forensics Feature found under the Forensics Menu. It includes varying phase as well as several edits.

What are your Feelings